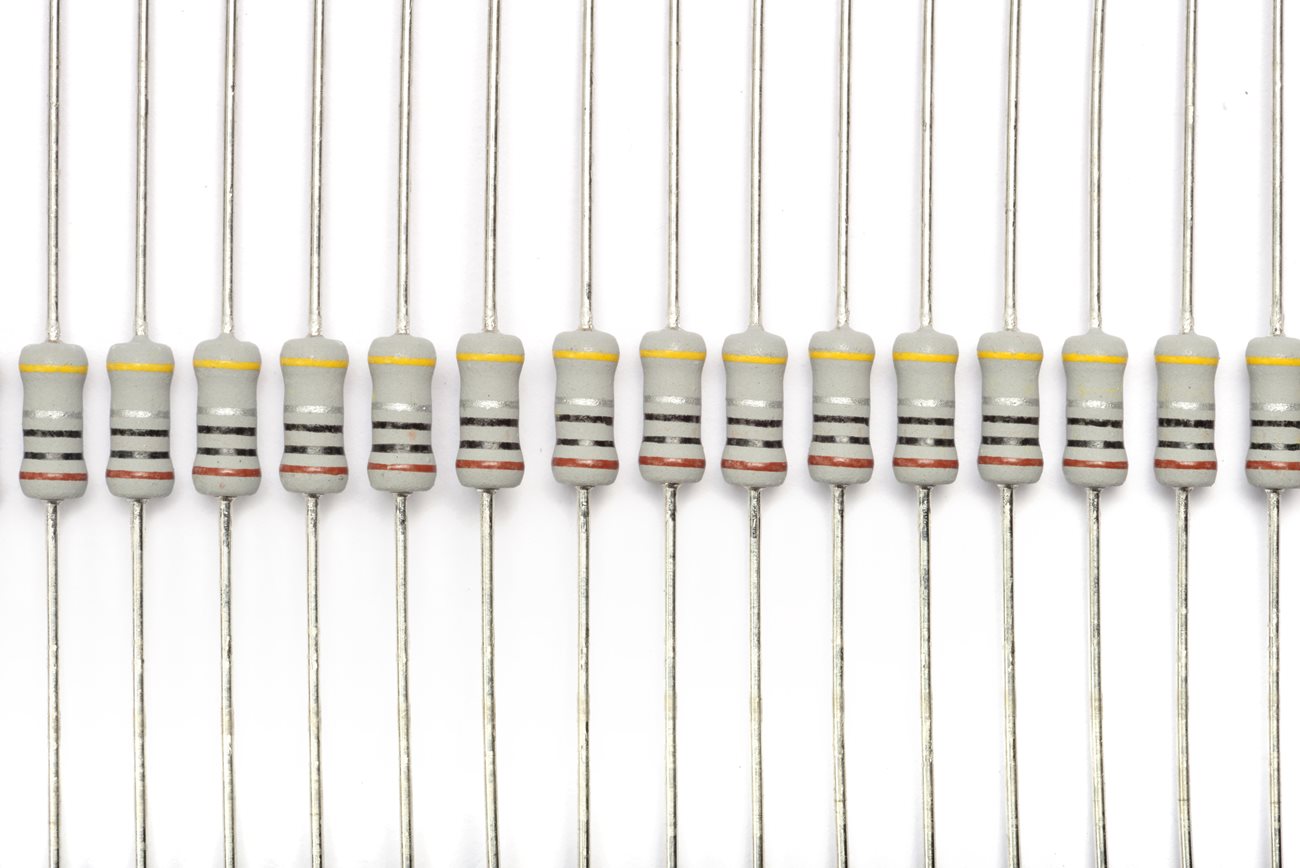 They are primarily used to regulate the flow of electrical currents in a circuit and may be used to provide a specific voltage for switching and gating devices like transistors.

The fundamental quality that defines the performance of an electrical resistor is the component’s electrical resistance. This property determines the extent to which the device can inhibit the charge flow through a circuit. Electrical resistance is measured in ohms (Ω), where 1Ω permits the transmission of a single ampere of current when subjected to a potential difference of a single volt. This definition alludes to Ohm’s Law, which states that the current in a DC circuit is inversely proportional to its resistance and directly proportional to its voltage. One caveat to this well-established rule is that all other factors must be equal for it to apply. It can also apply to AC circuits in certain circumstances.

In this blog post, TT Electronics explores the working principles of electrical resistors in more depth.

What are Electrical Resistors?

Electrical resistors are widely available in a range of technologies with distinct mountings and packages, and the most common types are fixed resistors. These exhibit an unvarying and pre-defined electrical resistance that cannot be adjusted. The overall impedance is subject to extraneous phenomena like stray capacitance and inductance, which is generally mitigated by the material type used to inhibit the current’s flow, and by the methods of adjustment and of termination.

Some of the earliest fixed resistors were based on carbon composition technology. Within the packaging of a carbon composition resistor is a mixture of fine carbon particles and a binding material, like clay. These exhibit broad electrical resistance characteristics with poor tolerance and temperature coefficients of resistance, but prove reliable current regulation and excellent withstanding of pulses and energy surges.

Carbon composition electrical resistors have largely been replaced by devices manufactured through film deposition. These utilize a central ceramic core that has been coated by a functional material like carbon, tantalum nitride (TaN), or a metallic alloy like nichrome (NiCr). The surface mount area is dominated by thick-film chip resistors. These devices are among the cheapest electrical resistors, and also allow designers to attain the highest electrical resistances.

Wirewound electrical resistors are alternatives to carbon composition and film type devices. They are constructed by winding a wire around an insulating core. These are broadly utilized in line input circuits and as fuses due to their surge tolerant failsafe properties. They can generally withstand higher current surges than other resistor types and are well suited to high power applications.